A two-day national workshop on the African Initiative for Combating Desertification (AI-CD) hosted by the Ministry of Environment, Sanitation and Sustainable Development (MESSD) of the Republic of Mali, with support of Japan International Cooperation Agency (JICA), was held in Bamako on June 16 and 17, 2021. 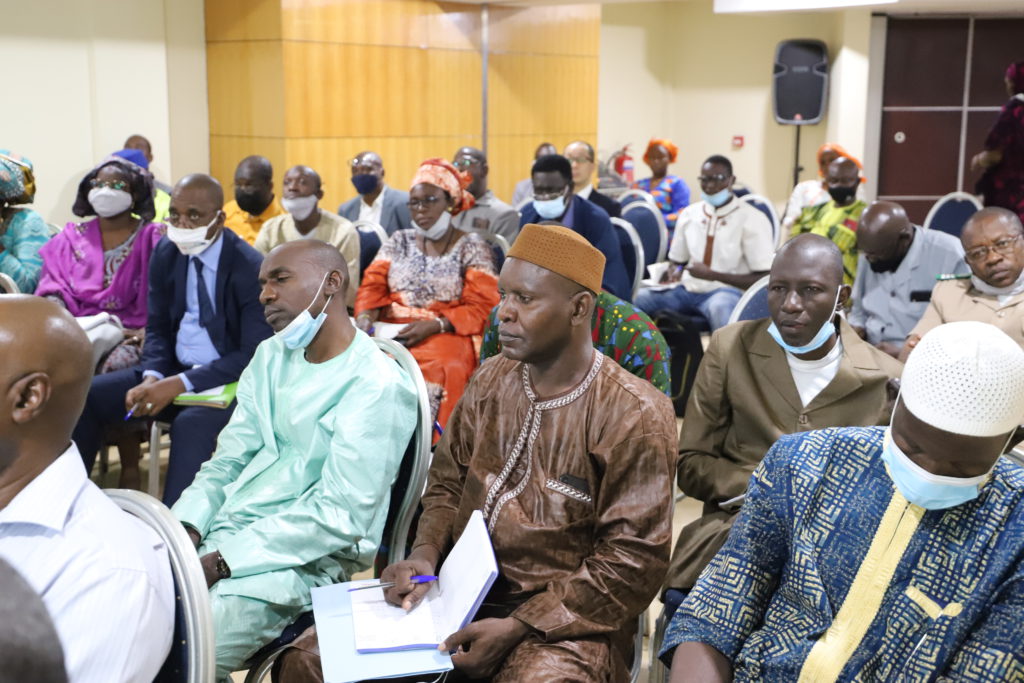 Dr. Modibo SACKO, the Technical Adviser of the Minister of Environment, Sanitation and Sustainable Development chaired the opening session. After the introductory words of the moderator, the floor was given to the officials to deliver their speeches. Mr. Colonel Babacar DIA, AI-CD Secretariat representative, underlined the importance of this national-level workshop and placed particular emphasis on the three pillars of the AI-CD.

The representative of JICA, Mr. Yuji TAKAHASHI, Advisor for Official Development Assistance of JICA, expressed the importance of an inclusive process and ownership by all sectors from the local to national level of all initiatives to fight against desertification, drought, degradation of land, as well as loss of biodiversity. He wished that the workshop would contribute to enhance communication among stakeholders.

Mr. Koichi KATO, Senior Representative of the JICA Senegal Office, delivered the opening remarks virtually on behalf of JICA. He stated that the objective of AI-CD is to contribute in making nations and communities resilient to climate change by promoting measures for combating desertification, and JICA has ongoing commitment to this issue. He acknowledged the great effort made by MESSD to hold the workshop and its initiative to promote AI-CD in Mali. In conclusion, he expressed his best wishes for the success of this important workshop and the hope that it would contribute to promote further actions in Mali.

Dr. Modibo SACKO of MESSD conveyed greetings and encouragement of the Minister to the participants of this important workshop. He expressed gratitude to JICA for its technical and financial support as well as its constant and multifaceted support. He also cited the Government of Mali’s commitment to the international community in the fight against drought, land degradation and desertification by signing and ratifying UNCCD. Furthermore, to achieve Neutrality in Land Degradation by 2030, he announced that the government will implement a 10-million-hectare restoration of degraded lands and the prevention of more lands from degradation.

Following the opening ceremony, Mr. Kaba DIALLO, AI-CD National Focal Point in Mali, introduced the overview of AI-CD and its progress. He also explained direct and indirect causes of desertification and negative consequences.

Mr. Agalyou Alkassoum MAIGA presented the outline of Nationally Determined Contribution (NDC) of Mali and the Sustainable Development Goals (SDGs).  After his presentation, active and fruitful questions and discussions were made among participants and presenters. 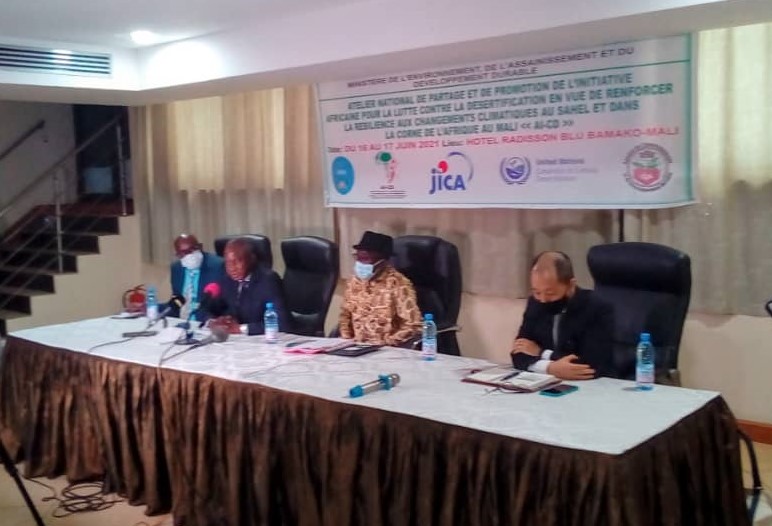 Following the presentations, Mr. Colonel Baba BA, AI-CD National Focal Point of Senegal, proposed the establishment of a support group to promote AI-CD activities in Mali. To achieve it, he gave as an example the experience of AI-CD Support Group in Senegal that leans on the National Committee for Sustainable Land Management. He also introduced its objectives and operating procedures. Then he delivered a recorded presentation of his experience on its establishment, informing the participants that the decision to do it was made during the country workshop held in Senegal in January 2020.

Mr. Kaba DIALLO, National Focal Point of the AI-CD in Mali, presented a National Concept Note, which is a new project idea for the country, titled “Scaling SLM Practices in the Regions of Kayes, Koulikoro, and Timbuktu in Mali,” including its financing modalities as well as national recognition.

At the end of the two-day workshop, various comments were brought out and discussed by the participants. As conclusion, the following recommendations were made:

The closing ceremony was chaired by Mr. Mohamed Adideye, Special Advisor of the Environment and Sustainable Development Agency (AESD). Mr. Colonel Babacar DIA, Senegal-based consultant of AI-CD Secretariat, warmly thanked AESD and, most especially, the host country – the Republic of Mali – for welcoming and making all efforts to hold of this national workshop. Mr. Mohamed Adideye, Special Advisor and Representative of the Director General of AESD, appreciated all the participating executives from the government, NGOs, Professional Farmers Organizations, and other associations for their active engagement in the workshop. He also expressed appreciation for the continuous support of JICA in combating desertification, land degradation and drought, and in improving food security as well as resilience of communities to climate change. 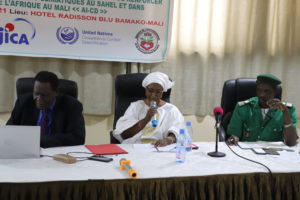 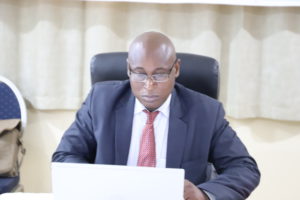